Continuing my adventures at this year’s Bubonicon. (Day one is here.)

Day Two was the one where I probably had the most conflicts. In the end, since I have yet to perfect a method of being in to places at once, I picked the panels and such I would attend based on what I though I would get the most out of.

I started off with “Where Have All the Publishers Gone.” This came in pretty handy as covered aspects of tradition publishing before moving on to independent publishing and ways of maintaining contact with your readership. Got me thinking about the possibility of doing a mailing list sometime.

Next panel was “Telling Lies for Fun & Profit”. Both entertaining and instructive and I got some advice from the panel with regards to my unfortunate habit to procrastinate. It a way it was good to know that at least half the panel had their own issues with it at times. Plus Caroline Spector came out with “uncheerful”, which I promptly decided was the word of the day.

A few minutes break, where I was able to munch down a protein bar, and start queuing for the reading by George R.R. Martin. Nothing from The Winds of Winter, this year it was from a companion style book detailing the history of Westeros that is alluded to in the books but not necessarily gone into in any detail. The reading was entertaining but I had to leave before it was over to make my next destination. I’m presuming I also missed a Q&A session (that’s what he did last year after reading) but like I said, I picked things according to what I thought I would benefit from most.

Next stop was the writing workshop with Connie Willis and Melinda Snodgrass. I took several notes during this hour; on characterization, dialogue and a number of other hints and tips. The only bad thing about it was agreement from both of them that committee meetings are virtually always death to the story (The exception was the council of Elrond in Fellowship of the Ring). Nothing bad about that in and of itself but it confirmed my suspicions that A House Divided is going to need some re-writes.

The workshop finished in time for me to catch the last half of the “How To Recognize Good Writing” panel. I managed to get some notes out of this one, mainly on things to avoid so that the reader doesn’t get thrown out of the narrative. 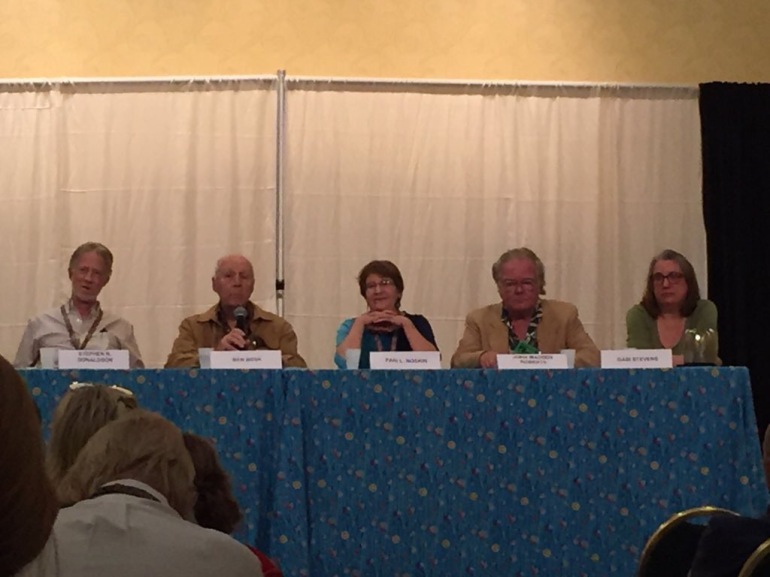 I decided to go to the “Is This a Kissing Book? – Inevitable Romantic Sub-Plot” panel mainly due to some things I have planned for A House Divided. I got a few notes out of it; about how to recognize red flags in the writing and when or when not to include scenes.

I was really looking forward to the reading by Joe R. Lansdale and he didn’t disappoint. He read three articles from Miracles Ain’t What They Used to Be, previously published in the Texas Observer, all of which were both funny and serious. Afterward he took some questions and I took the opportunity to ask him about his love of Batman. Because he’s Batman, of course. 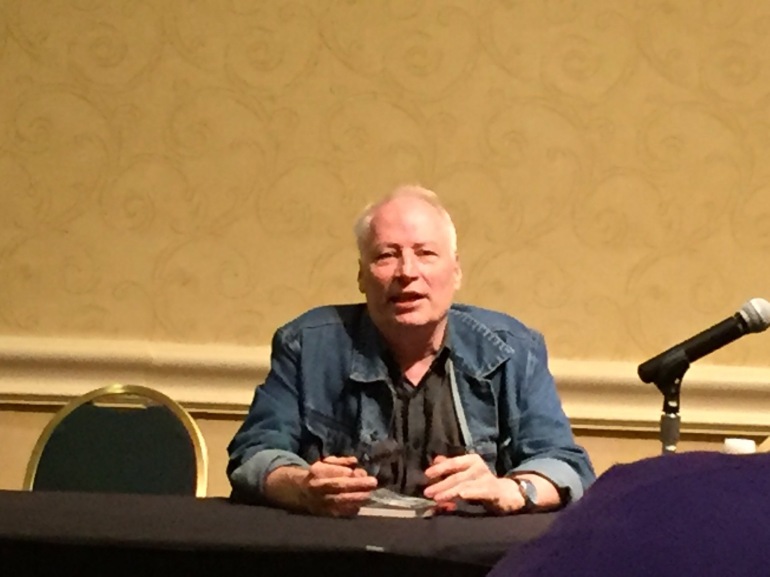 Another short break, which I used to peruse the various stalls in the market and pick up a couple of books; a paperback copy of Fevre Dream and a hardback edition of the short story anthology, Rogues. The copy of Rogues had been pre-signed by some of the authors and I used the following autographing session to pick up a few more. I also got the copy of Fevre Dream signed but I really should have planned better since I could have brought some other books from home and collected some more signatures… Oh well, something to remember for next year.

I finished up my day with “The Sex Talk for Writers” with Darynda Jones. Adult subject matter was promised and adult subject matter was what we got, including some advice on how to write spicy scenes. Again, I chose this because of plans for House In Exile. Apparently, when it comes to writing about sex in an urban fantasy story, the skies the limit. 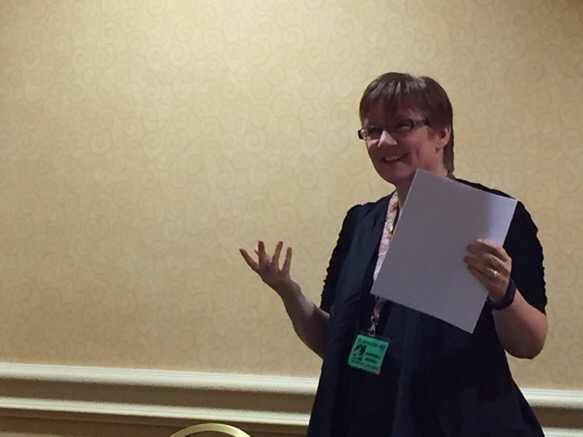 I decided to skip the Costume Contest, although I’d been seeing people in costume wandering about all day. So I bid the Marriott good night and headed home to rest up for the final day.